Want to attain a global reach for your video game? Gaming translation is the ultimate approach to increase the market of video game, attract more gamers and enhance the overall gaming experience of the player.
Call to ask any question +91-8527599523
Get a Free Quote
Contact Us Now

Why You Should Invest in Gaming / Video Games Translation Today?

Video gaming is a favorite hobby of youngsters across the globe. As per Statista, In 2021, there was around 1.48 billion gamer across Asia, making it the biggest market for video gaming worldwide, with Europe coming in 2nd position with gaming audiences of around 715 million. The demand for gaming is growing internationally with the fastest developing gaming communities. This brings highly lucrative opportunities for gaming companies that often market their games in India and international countries.

If you count the most popular global industries in the world, you will definitely find gaming industry as the one. Hence, the competition level in this industry has increased by multiple times. This is the reason why you must consider translation as the most serious factor for growing global. Through translation, you will be able to promote your video game in new markets, segments and niches. Right from the user manuals to the marketing articles, you need translation at each and every step of globalizing your video game. Further, through accurate translation, you would be able to maximize the overseas sales and also boost the global brand identity.Tridindia provides professional gaming translation services for every game developing company that would like to market its games in non-native countries.

As the expansion of the global world continues, the gaming industry is experiencing a revolutionary move from PC games to mobile games. In order to grab the attention of the global gamer community, localizing games into different languages has now become a necessity more than a choice. From text to graphics as well as voice-over, everything is localized by highly experienced professionals to make your thrilling video games accessible worldwide.

We know the unique challenges that all game developers confront while going global. At Tridindia, we have a proficient and competent team of gaming translators who do the translation with special attention to detail. With translation as our forte, we translate for gaming consoles, PC or computer games, e-learning platforms, mobile phone games, online games and various others. The major platforms are such as Advergames, Microsoft Xbox and Xbox 360, Symbian, Nokia N-Gage, Windows PC Games, Nintendo GameCube and Wii, iPhone, PlayStation 2, PlayStation 3, Blackberry Nintendo DS and Game Boy, Android, Gamification projects, Solaris/Linux, Sony PSP, iOS, Macintosh, Windows Mobile & all handheld gaming devices. Need of Gaming/Video Games Translation For Your Business Today

Today, the global game has become a playing field of exploration for every game provider and international game company. This is the reason your business needs video game translation which refers to translating an original game into multiple languages for a wider audience. This type of translation can offer the competitive edge for drawing in the global gamer community and having a lasting impression on them. Here are the reasons why do you need this for your business.

Stay Ahead in Competition

The gaming market is emerging rapidly. If you want to compete with the gaming developers that are in a similar niche as you and stand out from your competitors, get your video game translated to provide your players with a home-grown experience.

As per CSA research, the number of Google Play and iOS downloads are basically from non-native English countries. So if you want more and more gamers to download your video game, ensure it attracts your different target market.

When you tap into the new global market, your sales will definitely surge. Video games are now the crucial part of people’s entertainment, and well-translated video games will naturally appeal to customers in your target location.

There are a plethora of video game players across the world. The video game translation process is the fastest way to grow your fan base as well as generate more revenue. You never know, when your game may become more popular.

Our gaming translation is tailored to meet the needs of the gaming industry. Our qualified linguists have the required credentials for ensuring that every video game is translated seamlessly to boost user experience. Apart from the translators, we also boast of QC experts, who supervise the quality level of the translated text, before sending them to the client’s end. Thus, the client receives avant-garde translations within proposed time frame and that too with a high quality level.

The gaming industry is continuing to become a big industry, gaining international acclaim as well as success over various industries. As video games are diverse in nature; our expertise in translation is also diverse and wide. Thus, we translate all types of documents, software, website, promotional material and other stuff related to the gaming sector. Some of them are mentioned below. The love for gaming can be seen around the world. Hence, it is a great responsibility for the translators to provide accurate translation of the source file(s). Keeping this in mind, we assign your translation projects to the most talented translators, who have had experience in translating diverse stuff, related to the gaming sector.
Request a Quote
Why Choose Us

With years of expertise in translation domain, we can serve you with quality output within shorter time frames by providing professional translation for global games designed for game consoles or mobile phones.

We assure quality testing and accuracy check of your translated games and different document to ensure every gamer have an excellent user experience.

We provide language solutions for translating your games in over 100 global languages and across several devices for improved user experience.

We assure certified translation so that your games get translated accurately to help you gain your share from the worldwide gaming market.

At Tridindia, your games are get translated by professional and certified translators having rich experience in gaming translation.

If you have a gaming project for us, we are always ready to hear from you to understand your concerns and suggest you the best.

Our expert translators have the ability to translate different video game genres with the fastest turnaround time regardless of their complexity.
Get in touch

We have the linguistic experts and resources to deliver the bespoke video game translation — on-demand. Our translators can confidently translate games with the best accuracy.
1

Connect with one of our experts and tell about your gaming project requirement through call or email.
2

If you want to discuss your requirement with our project manager, simply book an appointment.
3

To get an accurate video game translation, place your order NOW.
4

Get Delivery On Time

Our translator will deliver the final translation within the deadline.
Case Studies

We are dedicated to
serve you all time

We think out-of-the-box when it comes to translating your video game
to engage global gamers across languages.

Discuss Your Project With Us Today
Testimonial

With years of experience, we know what your industry needs for growth.

Through our industry knowledge and experience, we execute translation that will definitely profit your business.

“The best thing that I liked about TridIndia is their professionalism & promptness in delivering bulk projects within shorter time frame. Kudos to the team..!!”

Chairman
“The best thing that I liked about TridIndia is their professionalism & promptness in delivering bulk projects within shorter time frame. Kudos to the team..!!”

Marketing Head
“When you are in the technical industry, you know how difficult it is to communicate with your multilingual customers. But, TridIndia made this simple for us.”

Our gaming translation is capable of improving the user experience through our formatting as well as the design of games for immense impact and reach for a wider audience.
1 %
Satisfied Customers
1 %
Quality and Accuracy
1 +
Native Translators
1 %
Data Privacy 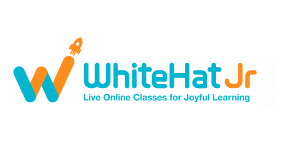 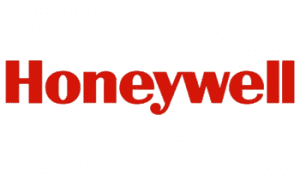